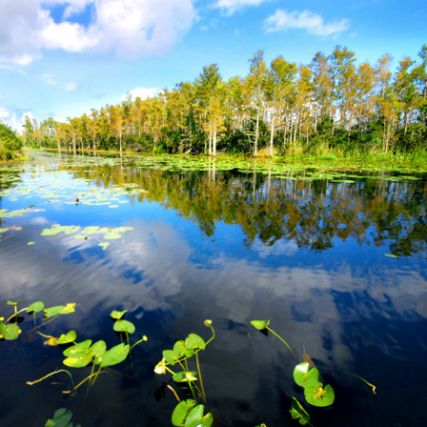 Ware County Board of Elections Meeting 5-12-20

Ware County held their monthly Board of Elections meeting 5-12-20 virtually so the public could attend.

The county plans to consolidate smaller polling locations due to shortage of poll workers.

A new vice chairman of the board was elected.

The county has been seeking 16 – 25 year olds to become poll workers.

Did you know that the public can attend Board of Elections meetings?

These meetings are open to the public by Georgia law.

Become a Peanut Gallery Volunteer Monitor at our next training on the 4th Tuesday of the month at 6 pm. Sign up Here

Notes from this meeting were taken by an attendee.

Meeting Started with Prayer followed by Pledge of Allegiance

Roll Call of all Board Members 9:03

Vice chairman In County should alternate between two parties each year

Recommendation from Chairman Bill Day to have another member from GOP to Fill the Vice Chairman role.

Member states that the Democratic Party should recommend a member for Vice Chair.

New Member Danny Barlet elected to the board

There was no meeting in April.

Chairman Bill Day states the details for an absentee dropbox including the security and costs.

Mr. Day States that the county has  installed cameras, keypad, armed systems and some funding will come from the state.

Mr Day also suggests that a drive thru drop box would be useful for senior citizens and people with disabilities.

Member Linda Titus asked the Board to ask if there is a campaign in the county to encourage voters to use the mail in ballots.

Also says the county will use television services

A member of the public asks if the county has checked out how its plans on servicing its nursing homes ballots and how they plan on preceding with senior citizens in general due to the virus.

Bill day says the county has already reached out to the nursing homes and have started the process of counting these ballots.

County must give the Felon a hearing. Families are notified.

Bill Day states that the county has applied for the 2 grants given to counties by the Secretary of State’s office.

The Board Discusses the Motion to coincide its special election with the November 3rd election to save resources and money.

Bill Day wants to set the qualifying day (The day citizens in the county would have to qualify to vote in election) to July 13th.

Wants each citizen to qualify 110 days before this date.

Ossie Andrews Motions to set qualifying date for citizens of Ware County to vote in the November 3rd election to July 13th, 2020.

The County has been asked by the state to keep all early absentee ballots in order to be ready to be counted and processed in a more secure fashion.

So far, Ware County has received 1,700 ballots in the office, stating this is 1100 more ballots than the last general election.

Member Bill Day moved on the topic of the shortage of poll workers in the county. He says that many experienced poll managers are quitting due to virus concerns. The county has been able to fill some roles with inexperienced ones but this is not an ideal situation.

He says one of his poll workers (unnamed) has already contracted the virus and had to self-quarantine.

In response, Ware County intends to consolidate some of its polling locations. District 2b-River of Life Church will be transferred to District 1 C.C. McCray City Auditorium

Polling location are a mile apart

He stated that the change may not be permanent, but only as a response to Coronavirus

Each polling location should have 3 workers according to the chairman. No location can be less than 3 workers.

Member Ossie Andrews agreed and asked that the county work to inform the public in a timely manner.

Member Danny Barlet asked if the elections supervisor will have enough time to suit the transition.

Member Bill day assured him that they will have enough time as the information between the two locations are stored in the systems.

He also stated that the county will be informing the public on any updates by putting the changes in the newspaper and various signs around the river of life polling location.

Public Member Larry Locket asked how many active voters are in that particular area.

Motion to Consolidate the River of Life to the C.C. McCray City Auditorium.

For Election Day, The Board had concerns that the county does not want large crowds or candidates waiting on election results  in the elections office.

To supplement this Member Billy Day suggests a Facebook live stream of the results.

Members of the Board agree

The topic moves to the concern of public records requests.

Superintendent stated that the cost of a record request is 10 cents a page and this cost is a fraction of what it costs to print the request along with the labor including from the clerk.

He wants to change the cost to 25 cents per page.

Motion to increase the public records request to 25 cents per page with an added $8 retrieval fee.

The Superintendent had many worries about the shortage of poll workers in the county and calls for help on getting any poll workers 16 years old – 25 years old to help.

For health concerns, the county plans to sanitize each polling location after each voter.

Plan to post one poll worker outside to regulate crowd size inside the location and outside.

He also informed the members of the meeting the ballot is very long in Ware County and the voting process has changed this year.

To separate an at risk citizen from being exposed to the virus, the county intends to place an isolated ballot at each location.

Member Ossie Andrews asked for an update on the new polling location in the county.

Member Bill Day said the switch has been excellent.

He also said the website should be backed up and running shortly and it will be updated with all current county information. He wants the site to include minutes from meetings and any other public records to reduce the work of records requests from citizens.

Meeting Adjourned at 10:32AM